Daulat Tuanku! We would like to send our heartiest Salutations and Congratulations to Duli Yang Maha Mulia Sultan Sharafuddin Idris Shah Al-Haj Ibni Almarhum Sultan Salahuddin Abdul Aziz Shah Al-Haj, Sultan and Ruler of State of Selangor Darul Ehsan and all its dependencies, in conjunction with His Royal Highness’ 74th Birthday on this 11th December 2019.

Each year, individuals will be nominated for awards and titles in conjunction with the celebrations of Selangor’s Sultan Sharafuddin Idris Shah birthday.

In this year, according to State secretary Mohd Amin Ahmad Ahya, out 2,268 applications and of these, 958 were nominated, while only 19 recipients are nominated for awards and titles.

Eight others will be receiving the Darjah Kebesaran Datuk-Sultan Sharafuddin Idris Shah which also carries the title “Datuk”.

Mohd Amin said all the recipients have been cleared by the security checks conducted by the police, the Insolvency Department and the Malaysian Anti-Corruption Commission (MACC). 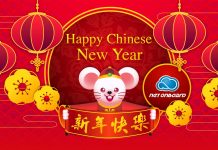 Auspicious Day to Start Work in 2020 Net Onboard Wishing You a Merry Little Christmas

Celebrate Christmas with Net Onboard Members